APEGS celebrated the award recipients listed below with a banquet and ceremony on May 7, 2022 as part of the APEGS 2022 Annual Meeting and Professional Development Conference. APEGS Awards recognize professional excellence and showcase exemplary competence and conduct to promote awareness of the role of APEGS in protecting the public and in fostering professional excellence among members. Click here to view the video of each recipient.

The following members received other awards:

Kristen J. Darr, P.Geo., FEC (Hon.) received a certificate of fellowship and the privilege of using the designation Honorary Fellow of Engineers Canada (FEC Hon.) from Engineers Canada upon recommendation from APEGS in honour of exceptional contributions to the engineering profession.

The following members received a certificate of fellowship and the privilege of using the designation Fellow of Engineers Canada (FEC) from Engineers Canada upon recommendation from APEGS in honour of exceptional contributions to the engineering profession.

The following members received a certificate of fellowship and the privilege of using the designation Fellow of Geoscience Canada (FGC) from Geoscience Canada upon recommendation from APEGS in honour of exceptional contributions to the geoscience profession. 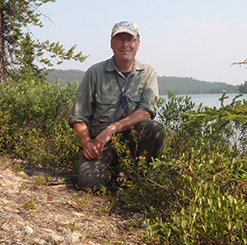 Dr. Daniel (Dan) Brisbin is an economic geologist with 40 years of experience who specializes in project and target generation, project execution and in leading and developing exploration teams.

Dan has volunteered with the Canadian Institute of Mining, Metallurgy and Petroleum (CIM), Association of Professional Engineers and Geoscientists of Saskatchewan and the Mineral Deposits Division of the Geological Association of Canada. He was Chairperson of the organizing committee for CIM Geological Society 2006 Field Conference held in Saskatoon. In various industry positions he has championed and facilitated joint industry – government – university mineral exploration geoscience research; including serving on the Board of Directors for the recently completed Canadian Mining Innovation Council Footprints exploration research project.

Dan, his wife Karen and children Andrew and Sarah, all enjoy outdoor activities, including cross-country skiing where Dan has also devoted his volunteer time. He has served on boards of the Saskatoon Nordic Ski Club, Cross Country Saskatchewan and Cross Country Canada. He is certified as a FIS Technical Delegate; and has organized and officiated at events from local to international levels – including most recently at the 2022 Paralympic Winter Games in China. 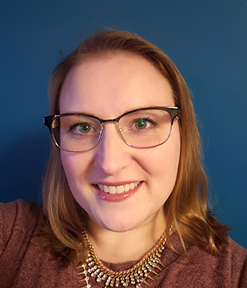 Shauna was born and raised in Saskatchewan and grew up with a passion for art, music and the environment. In high school, she was awarded a work placement scholarship from the Ministry of Highways. Over two summers, Shauna worked in the materials lab and assisted with the Highway 1 East twinning project. She also developed a preservation data collection process as her final year design project. Shauna received a degree in Environmental Systems Engineering from the University of Regina in 2002, a Master’s Certificate in Project Management from the Edwards School of Business in 2008 and Invasive Species Management Practitioner Certification in 2013.

While in Minnesota, Shauna met her husband Karl, a fellow engineer from Saskatchewan and they eventually moved home where she returned to the Ministry of Highways. Throughout her 16-plus-year career with the ministry, Shauna has served in various positions in operations, transportation planning, preservation planning, construction project management, and environmental engineering and is currently the Director of the ministry’s Environment Unit. Shauna has contributed to several major projects, including the Regina Bypass, Warman-Martensville Interchanges, Saskatoon Freeway Study and the Westside Irrigation Project.

Shauna is a member of several committees with the Transportation Association of Canada, serves on the Board of Directors of the Saskatchewan Invasive Species Council and, in her personal time, has volunteered with the Christopher Leadership Courses of Canada – Saskatoon Chapter as Vice Chair, Promotions Director and Public Speaking Instructor. Shauna enjoys travel, creating watercolour and illustration art and performing in a local karaoke league. 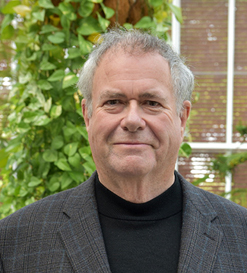 Frank is a retired exploration geologist and palaeontologist. He was born in the small town of Earl Grey and grew up on a mixed farm where his interest in geology and palaeontology was sparked at a young age while hand-picking rocks. Frank received his Bachelor of Science degree in geology at the University of Regina in 1973.

Frank worked with the provincial geological survey as a summer student and an exploration project geologist for various mining companies in northern Saskatchewan on industrial mineral, precious and base metal and uranium projects. He has also been a full- and part-time lab instructor for the geology departments at both universities. In addition, he has worked as a palaeontologist on projects for Parks Canada, the Royal Saskatchewan Museum and heritage impact companies.

Frank has been an active volunteer for much of his life contributing his knowledge and experience to public education in the geosciences. Frank is an active member of the Saskatchewan Archaeological Society (SAS) for the last 44 years where he has volunteered for most of that time. He has also volunteered with the Royal Saskatchewan Museum for more than 30 years working on many of their major fossil excavations and has served on the palaeontology advisory committee for Grasslands National Park. In addition, Frank participated in outreach to public schools throughout the province with Innovators in the School and other similar programs. He also develops free downloadable public education publications for identifying fossil and rock specimens found in Saskatchewan.

For this dedication to volunteering, Frank was a recipient of the 2020 Saskatchewan Volunteer Medal. 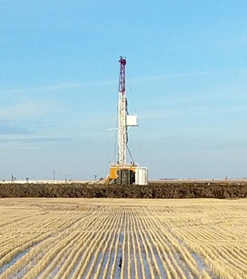 After more than a decade of preliminary work and preparatory engineering, DEEP Earth Energy Production Corp. is positioned to be the first producer of large-scale geothermal power in Canada.

Modern well design has made sweeping the heat from the reservoir possible. DEEP developed a unique geothermal field design to maximize flow rates and optimize an important regional geothermal resource. DEEP’s “ribcage” geothermal well field design is globally unique and may be a transformative application of modern oil and gas drilling, completions and stimulation design applied for the first time on a renewable energy project. 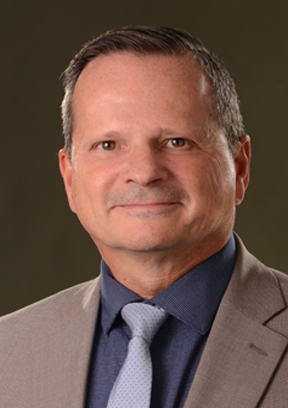 Wes Kotyk is the Assistant Deputy Minister of the Environmental Protection Division in the Saskatchewan Ministry of Environment.

Wes was a significant contributor to the Ministry’s results-based regulatory reform initiative leading efforts on development of chapters of the Saskatchewan Environmental Code for Impacted Sites and Discharge Reporting as well as leading the development of the Ministry’s Compliance Framework.

Wes received his Bachelor of Applied Science in Industrial Systems Engineering from the University of Regina and is a professional engineer with APEGS.

Wes is married to his wife Keri. They have a daughter (Sarah), son-in-law (Dan) and two granddaughters (Isabelle and Anastasia) living in Saskatoon. Their son Daniel resides with them in Regina where they returned in 2017 after spending 19 years in Saskatoon.

Wes enjoys spending time with family and friends and his interests include gardening, hiking and travelling. Wes currently sits on the Board of Directors for Chip and Dale Homes in Regina. 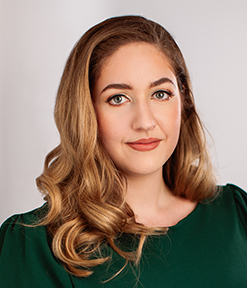 Michele is a professional engineer with a passion for innovation and sustainable mining. In her current role as Operations Manager for Novex, she is part of a team evaluating the feasibility of the extraction of critical minerals and rare-earth elements from mine waste.

Michele graduated with a B.A.Sc. in Chemical Engineering from the University of Saskatchewan in 2015. During her undergraduate studies, she worked for Nutrien in various student roles and was an executive member of the U of S CIM Student Chapter as well as a volunteer tutor with Frontier College.

Michele has worked for Nutrien (legacy PotashCorp) since 2012, most recently as a process engineer at Nutrien Allan, where she obtained extensive experience in operations, R&D, process modelling, metallurgical testing, commissioning and circuit optimization. Her passion for potash processing is evident in her in-depth understanding of the process and willingness to challenge conventional potash-processing ideologies. In 2020, she received Nutrien’s Our World Award for Innovation for her project to address two of the largest challenges facing the conventional potash industry: the recovery of ultrafine potash; and the high capital cost and environmental impact of fine tailings management.

Most recently, Michele completed her M.A.Sc. in Mining Engineering at the University of British Columbia in the spring of 2022. She received the GoldCorp #DisruptMining award in 2019 for her scavenger flotation thesis concept.

Michele is the current Chair of the Canadian Mineral Processors MB-SK branch and has been an executive member of the committee since 2017. Through her role at Nutrien Allan, she has been an annual Capstone Industry Sponsor for the U of S Chemical Engineering program since 2017.

Since completing her graduate studies, Michele has enrolled in extracurricular classes to improve her French language skills and has been enjoying exploring Vancouver Island.

Friend of the Professions Award 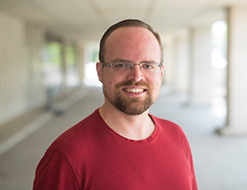 His activities have included: joining the University of Saskatchewan Space Design Team and SaskInvent engineering student groups while he was in medical school; helping to found and volunteer with the Canadian Space Technology Advocacy Group to promote space exploration through the annual Canadian International Rover Challenge and plans for a winter rover challenge; and helping to found a health-care hackathon called Med.Hack(+) to facilitate the development of technology to solve problems in health care through interdisciplinary collaborative efforts, with both companies providing experiential learning opportunities for students; and working to establish post-secondary educational opportunities that combine engineering and health, including as a client on capstone projects to develop methods for solving identified global health needs in low- and middle-income countries and proposals for new academic programs.

Furthermore, Adam is currently working to build a STEAM education program for youth. Adam grew up on a small farm in southwestern Saskatchewan. He also serves as president of Saskatoon Métis Local 126, supporting Métis post-secondary students, staff and faculty in Saskatoon, engaging in economic development and developing programs and services for the Métis community in Saskatoon and he is involved in governance building of the Métis Nation – Saskatchewan.