There are six engineering and geoscience awards, as well as an award for a non-engineer/geoscientist (or team) that recognizes projects or achievements in the professions. The awards are presented at a banquet in the first week of March as part of Engineering and Geoscience Week. 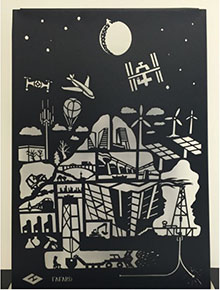 Brian Eckel Distinguished Service Award
An honour given only to those who truly exemplify the best standards of engineering and geoscience in Saskatchewan.

McCannel Award
Honours service to APEGS, and to the Professions as a whole.

Environmental Excellence Award
Recognizes the exceptional achievements by an individual or team related to environmental protection and preservation.

Promising Member Award
Recognize exceptional achievements by a professional member in the early stages of his/her career in Saskatchewan.

Friend of the Professions Award
Recognizes exceptional achievements or unique contributions by a non-member in the promotion of the professions.

Why should members submit a nomination?

Engineers and geoscientists are in the best position to observe the professional excellence and exemplary competence and conduct of others in the workplace or community and nominate them for an award.

All professional members of APEGS who are in good standing are eligible for nomination. The Friend of the Professions Award is open to non-members of the Association. APEGS interviews award recipients and nominators to produce videos as part of the celebration.

Use the APEGS Awards Nomination Form and submit it through our Contact Us page or mail it to:

Each year, nominations are due by NOVEMBER 30th. Successful recipients are notified early in the year, providing winners adequate time for planning prior to the Awards Banquet in May.

Nomination and the selection criteria

Each Award has different percentages allotted to the selection criteria. Details regarding criteria and past award winners can be found by reviewing each of the seven awards listed below. The nomination form also provides guidance as to the criteria categories.

When nominating, each criteria category should be completed to give your group or individual candidate the best chance of succeeding. Submissions will be eligible for up to three years.

Collecting reference letters, and providing links to media, LinkedIn, blogs, websites, etc., are encouraged to enhance your submission and direct the Awards Committee to additional information on the project, achievements, or volunteerism for the individual or group.

In addition to the APEGS Awards, the Awards Committee is also seeking recommendations for other provincial and national awards, such as the Saskatchewan Order of Merit, the Order of Canada, the Canadian Engineers’ Awards (Engineers Canada) and the Canadian Professional Geoscientist Award (Geoscientists Canada).

Each year, nominations are due by November 30th.